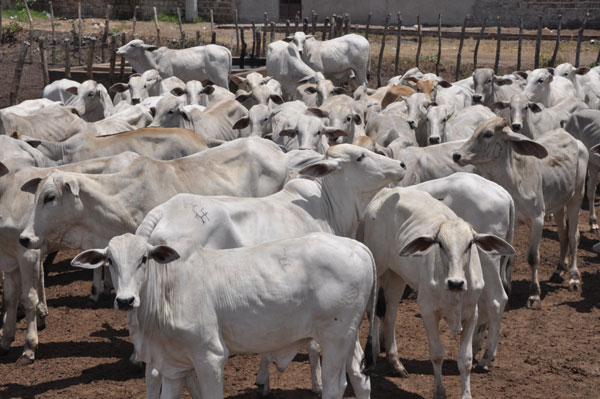 A Health Check for Poultry Against Avian Influenza

When an avian influenza or "bird flu" virus is detected in different parts of the world, Agricultural Research Service (ARS) scientists spring into action to help control and prevent the disease from spreading.
One mission of scientists at the ARS Southeast Poultry Research Laboratory (SEPRL) in Athens, Ga., is to help keep U.S. poultry healthy—protected from foreign diseases such as avian influenza, which occurs naturally among wild aquatic birds and also infects domestic poultry and other bird species worldwide. Infections can sometimes occur in other animals as well as humans.
Scientists at SEPRL investigate different strains of avian influenza viruses, determining if current diagnostic tests can detect them, if available vaccines are effective and where the viruses originated. David Suarez, research leader of the SEPRL's Exotic and Emerging Avian Viral Diseases Research Unit, and his team work closely with scientists at the Centers for Disease Control and Prevention (CDC), the National Institutes of Health and other agencies.
When human cases are involved, research at SEPRL helps to identify the potential poultry species involved in transmission of the virus to people. "We share the data with veterinary and public health officials, but our lab looks at diseases primarily from the poultry angle," Suarez says.
Types of Viruses
Two main proteins—hemagglutinin (H) and neuraminidase (N)—are used to characterize avian influenza virus strains. There are 16 different hemagglutinin and 9 neuraminidase variants that determine the virus subtype.
Some of these proteins are found in influenza viruses that grow in birds, and some are found in mammals and other species, says David Swayne, SEPRL director. Only two H subtypes, H5 and H7, have been found to cause serious disease in birds. Some viruses of these subtypes are considered highly pathogenic, killing more than 90 percent of infected birds.
"Highly pathogenic avian influenza viruses cause high poultry death losses, spread rapidly between farms, and result in bans on international trade," Swayne says. "They must be eradicated immediately."
The other 14 H subtypes and some of the H5 and H7 viruses are considered to be low pathogenic viruses. These viruses usually can be treated with improved vaccines and other farm management tools, Swayne says. However, scientists keep a watchful eye on the H5 and H7 low pathogenic viruses, which can sometimes mutate and become highly pathogenic.


Extensive research is conducted on different bird species, including ducks. Veterinary medical officer Mary Pantin-Jackwood is investigating how domestic ducks respond to viruses, particularly to the H5N1 highly pathogenic avian influenza virus that continues to circulate in Asia, the Middle East and Africa. The virus is causing substantial poultry losses.
Ducks have been implicated in the spread of H5N1 viruses, and according to Pantin-Jackwood, the responses of ducks infected with H5N1 viruses range from moderate to high mortality to no sickness at all.
"This wide range of responses to infection make it difficult to recognize and control H5N1 influenza in these ducks, which partly explains why the virus remains endemic in countries like China, Vietnam and Indonesia where ducks are a large food industry," she says.
She discovered a big difference in response of Muscovy and Pekin ducks to infection and vaccination against H5N1 viruses. Both of these commonly farmed domestic duck species became infected with the virus, but Muscovy ducks did not respond as well to vaccination and developed a more severe disease.
Evaluating Available Vaccines
Vaccines are a major component in preventing poultry diseases. Scientists test current vaccines to ensure that they are effective against emerging avian influenza virus strains.
Microbiologist Darrell Kapczynski analyzed two H7 vaccine isolates approved by the U.S. Department of Agriculture, and developed inactivated vaccines which protected 100 percent of vaccinated birds against a highly pathogenic H7N3 virus that invaded Mexico in 2012.
The H7N3 virus has had a huge impact on Mexico's poultry industry, which reported millions of birds dead or depopulated and economic losses greater than $720 million in 2012. "Fortunately, it hasn't moved into the United States," Kapczynski says. "If it does, we have shown that the vaccine derived from the two approved H7 vaccine isolates could protect U.S. poultry."
Kapczynski and his colleagues also tested vaccines against the 2009 pandemic H1N1 influenza virus, which was capable of infecting birds, humans and swine. The virus, which was first identified in Mexico, was found in breeder turkeys in Chile, Canada, and the United States.
To find out if available vaccines could protect turkeys against the 2009 H1N1 virus, Kapczynski made a new vaccine from the typically used 1988 H1N1 virus and the pandemic H1N1. He found that this new vaccine protected against egg production losses from the 2009 H1N1 virus. However, the commercial inactivated vaccines tested were not as effective.
"The turkey industry needed to update the isolates in its vaccines to more closely match the field strains to protect flocks against this virus," Kapczynski says.
Improving Sampling Methods
In the United States, all meat chickens and turkeys are typically tested for avian influenza before they are processed, which makes sample collection an important component of this process. While the current method used to determine if virus is present works well, there's room for improvement.
Microbiologist Erica Spackman found that enhancements could be made by switching the type of swab used and increasing the number of swabs in each tube that is sent to diagnostic laboratories for testing.
Each tube typically contains one to five swab samples taken from inside the bird's mouth. Spackman demonstrated that as many as 11 swab samples could be pooled together into the same tube without affecting test performance.
Some industry groups have put this new process into practice, reducing the number of individual tests required and decreasing the cost to poultry producers.
For more information about animal disease research, contact Cyril Gay or Eileen Thacker, co-leaders of ARS National Program #103, Animal Health.